Maria Lassnig: under the skin @art_online 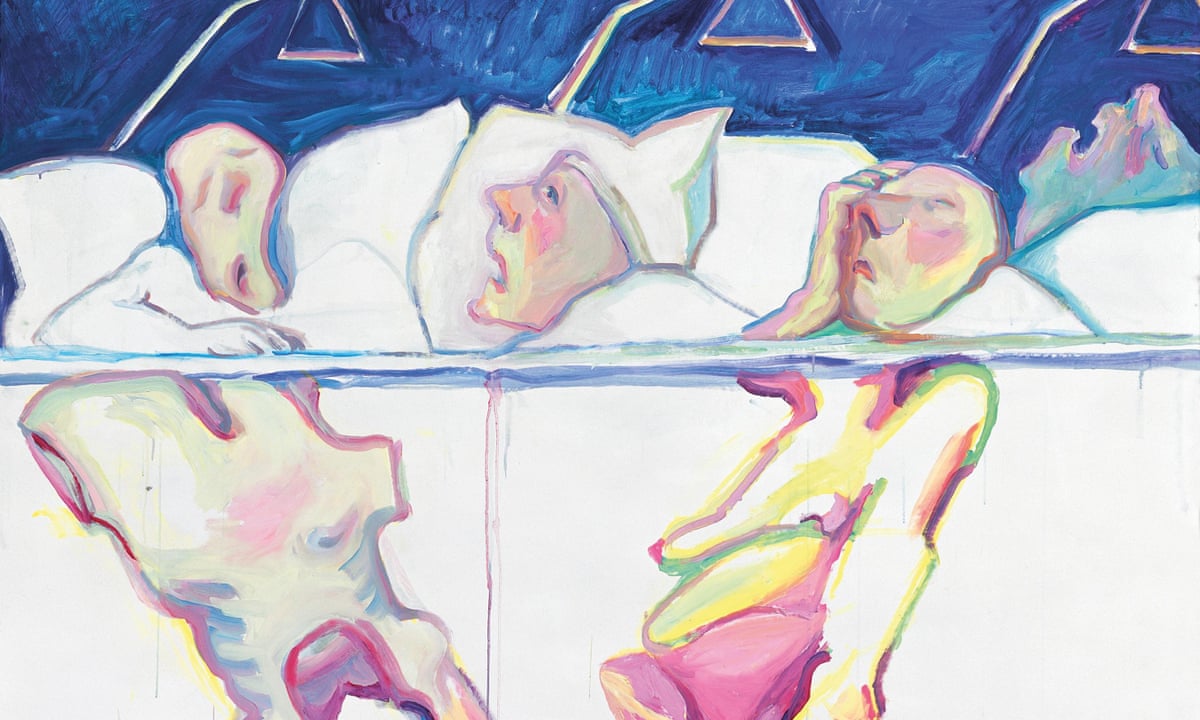 The Austrian painter Maria Lassnig spent most of the second half of the 20th century being overlooked. Dealers and curators couldn’t see how to fit her work, which consisted entirely of self-portraits, into any of the usual groupings. She was at different times both figurative and linear, realist and allusive, full and spare. The only thing that stayed the same was her subject matter, which was always herself. Over a 70-year career Lassnig morphed her everywoman’s body, with its high colour, stocky limbs and snub nose, into a series of outlandish disguises. She was by turns baby, cheese grater, dumpling, robot, monster, lemon and elderly naked gunslinger.

This summer’s show of Lassnig’s work at Tate Liverpool, then, is both timely and in a sense already too late. For when Lassnig died two years ago at the age of 94, she was still a star in the making. Only in the last 15 years had her work begun to sell well; young artists were citing her as an influence, and in 2013 she was awarded the Golden Lion lifetime achievement award at the Venice Biennale. She had, though, lived long enough to be hailed as “the perfect artist for the age of the selfie”, although it’s an accolade that, at least initially, hardly seems to make sense. For Lassnig’s concern was never with serving up endless iterations of her body’s surface for the Instagram generation. Deep internal processes were her beat. Developing what she called “body awareness painting” – “Körperbewusstseinsmalerei” – Lassnig depicted pain, thought, blood and breath, as if they were objects she could hold and scrutinise. “The truth,” she once explained, “resides in the emotions produced within the physical shell.”

Read full article at source: Maria Lassnig: under the skin | Art and design | The Guardian